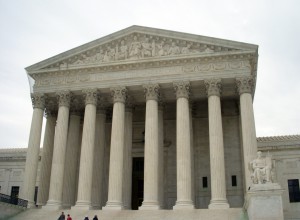 On Thursday, June 28, the US Supreme Court issued its much anticipated ruling on the Obama health reform law. In a 5-4 decision the Court upheld the controversial individual mandate while negating a provision related to the Medicaid expansion. The Court ruled that Congress can enact laws that create and provide for a Medicaid expansion, but it cannot punish states for failure to adopt those expansions. The result is that states would appear to have the option now of implementing the Medicaid expansion or not. In Arkansas, up to 250,000 currently uninsured people would be eligible for Medicaid coverage with the federal government picking up the tab in the first few years. Over time, the state would have to provide 10 percent of the cost.

The AMS issued the following statement after the ruling:

While today’s US Supreme Court ruling clears the constitutional hurdle to implementation of the health reform law, it does not address the shortcomings that caused the Arkansas Medical Society to oppose the legislation in its final form

“The Arkansas Medical Society is, and will continue to be, an advocate for health system reform that makes economic sense, helps patients, and expands coverage,” according to Gene Shelby, MD, AMS President and practicing emergency department physician in Hot Springs

“We applaud efforts to expand coverage of the uninsured and to reform health insurance markets so that our patients can get not only the coverage they need, but the care they deserve. However, we continue to be concerned about other provisions of the Act and more importantly, provisions that were left on the cutting room floor that could have long-term implications for access, ” Dr. Shelby went on to say.

Now that the Supreme Court has addressed the legal validity of the law, AMS physicians will continue to work with the Arkansas Congressional delegation to seek changes that will help them help their patients.