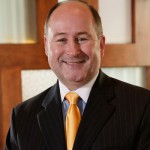 Until last month, the Arkansas Medical Society stayed out of a fight between the Arkansas State Medical Board and doctors who want to sell prescription drugs out of their offices.

The Medical Society passed a resolution urging the board not to appeal the order when it is eventually handed down by Pulaski County Circuit Judge Chris Piazza. The order will make it easier for doctors to receive permits to sell drugs.

The AMS’ position, of course, is the opposite of the Arkansas Pharmacists Association, which called the ruling “dangerous.”

David Wroten, EVP of the AMS, defended the position to Whispers in an email.

“It is a convenience for the patient for those occasions where making a second trip to fill their prescription would create a burden or delay in starting their treatment,” he wrote. “We do not expect that many physicians will want to do this but for those that do, it will be easier for them to do so.”

If you recall, Dr. Dana Carol Abraham of Little Rock wanted to sell prescription drugs from her office, but first needed to go before the Medical Board to get a permit. The board denied her application because she didn’t show a “need.” In nearly all cases, the board has denied physicians’ requests.

Abraham appealed the decision in court, and Piazza ruled from the bench in her favor. But the board’s attorney, William Trice, had some follow-up questions. He is going back in front of Piazza on Jan. 4 for clarification.

“We’re trying to get him to home in exactly on how broad or how narrow he was making a ruling,” Trice said. “Once we get that, then we’ll get a better concept of what we’re dealing with.”

After the order is entered, Trice said, he will then decide AMB’s next move.