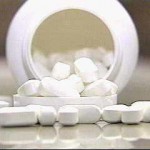 Article below from USA Today Online. Read more at federalregister.gov.

WASHINGTON (AP) — The federal government is finalizing new restrictions on hundreds of medicines containing hydrocodone, the highly addictive painkiller that has grown into the most widely prescribed drug in the U.S.

The new rules mean that drugs like Vicodin, Lortab and other generic versions will be subject to the same prescribing rules as painkillers like codeine and oxycodone. Patients will be limited to one 90-day supply of medication and will have to see a health care professional to get a refill. Additionally, in many states prescribing authority will be limited to physicians, not nurses or physician assistants.

The move, announced in a federal posting, comes more than a decade after the Drug Enforcement Administration first recommended reclassifying hydrocodone due to its risks for abuse and addiction. For years, physician groups and the Food and Drug Administration opposed the move, saying it would burden health care providers and patients while driving up costs.

But last year the FDA changed its position, citing the national epidemic of overdoses and deaths tied to prescription painkillers known as opioids. Deaths linked to the drugs more than tripled between 1999 and 2010, during which sales of opioids increased four-fold. Anti-addiction groups praised the restrictions, but criticized the FDA for taking nearly a decade to embrace the changes.

“Had FDA responded in a timely and appropriate manner to DEA’s urgent request, thousands of overdose deaths and tens of thousands of cases of opioid addiction might have been prevented,” said Physicians for Responsible Opioid Prescribing, an advocacy group which has been critical of the government’s response to opioid abuse.

The new restrictions will go into effect in 45 days, according to the federal listing.

For decades, hydrocodone has been easier to prescribe than other opioids, in part because it was only sold in combination pills and formulas with other non-addictive ingredients like aspirin and acetaminophen. The Controlled Substances Act, passed in 1970, put hydrocodone drugs in the Schedule III class, which is subject to fewer controls than Schedule II drugs like morphine and methadone. Under Schedule III classification, a prescription for Vicodin could be refilled five times before the patient had to see a physician again. That ease of access made it many health care professionals’ top choice for treating chronic pain, including everything from back pain to arthritis to toothaches.

In 2012, U.S. doctors wrote more than 125 million prescriptions for hydrocodone-containing drugs, making it the most prescribed drug in the country, according to figures from IMS Health. News of the rescheduling was applauded by lawmakers from states that have been plagued by prescription drug abuse, many who have been pushing regulators to make the change.

“Although there is much more that must be done to curb prescription drug abuse, I am confident that rescheduling hydrocodone will undoubtedly begin saving hundreds of thousands of lives immediately,” said Senator Joe Manchin of West Virginia, in a statement.