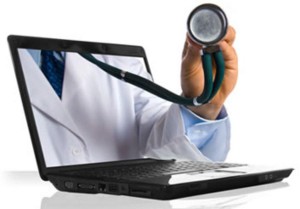 A form of telemedicine available in 49 other states is a good benefit for employees, said representatives of Walmart, J.B. Hunt, and America’s Car Mart. The Arkansas Medical Society and four state legislators, however, worry that the model will diminish the doctor-patient relationship.

Those for and against were testifying Wednesday (Nov. 4) before the State Medical Board Telemedicine Advisory Committee, which is preparing recommendations for the use of telemedicine. The committee will meet again before making its final report to the State Medical Board.Those companies would like to make use of companies like Teladoc, which provides an employee benefit where, after providing a medical history, patients can visit a doctor they have not met about minor health issues by using a telephone and online tools such as photos and video.

Patients pay a $40 fee per visit that can be applied to their insurance deductibles.Teladoc says its model is available in 49 states but not Arkansas. Under regulations and a law passed by the Legislature this year, patients cannot be treated virtually unless they have already had an in-person visit with that doctor. The law also defines telemedicine services as those occurring through two-way audiovisual means and says telemedicine services can only occur from a designated originating office.

The law, however, included a provision that allows the Arkansas State Medical Board to broaden the definition of telemedicine and the times when it can be used.

Rick George, J.B. Hunt senior director of benefits, said the telemedicine benefit was a popular one after it was introduced in August 2012, but it had to be stopped for Arkansas employees in late 2014 based on the actions of the State Medical Board.

George said employees now are going to the emergency room for after-hours minor ailments instead of using the service, at a cost 30-40 times as much. He said the service has a 93% satisfaction rate among employees, and many of those who were dissatisfied had not been given a prescription they wanted. Some Arkansas employees now are driving across state lines into Missouri so they can make a phone call.

Dr. Henry DePhillips, Teladoc’s chief medical officer, said after more than one million patient visits, there have been no liability claims against Teladoc or one of its doctors. He said Arkansas is the only state where Teladoc is not able to do business. He said the service is an effective way of reaching rural, underserved areas.

Michael Lindsey, Wal-Mart’s director of governmental affairs, said his company does not have a telemedicine benefit for its employees but it is interested in considering one. Mike Ward, vice president of associate support for America’s Car Mart, said the benefit is a popular one for his company’s employees.

But David Wroten, Arkansas Medical Society executive director, expressed doubts. At a recent meeting of the Medical Society’s board of trustees, the mood of the 40 or so physicians was that the in-person exam is important, and he expressed concern that the State Medical Board not move too quickly. If telemedicine is an important priority, he asked, why not pay patients’ physicians to accept after-hours phone calls?

Wroten was followed by four legislators who questioned the type of telemedicine that Teladoc provides. Sen. Cecille Bledsoe, R-Rogers, who sponsored the law passed this year, said that type of telemedicine goes beyond what traditionally might have been practiced in an academic setting. Sometimes, an ear infection could be accompanied by meningitis, she said. Sen. Missy Irvin, R-Mountain View, said the legislation was never intended to eliminate the personal, one-on-one doctor-patient relationship.

Rep. Deborah Ferguson, D-West Memphis, said patients aren’t always accurate in describing their ailments. A dentist, she asked members of the advisory committee if they would treat a patient as a tele-doctor.

Rep. Michelle Gray, R-Melbourne, said the Legislature was working to encourage a more widespread adoption of the patient-centered medical home concept, where a patient’s care is directed by their primary care physician. That would be quite different than the Teladoc model. Gray, who manages her husband’s medical clinic, said one-on-one medical visits provide information not available over the phone. For example, she recently noticed at the Capitol that a man’s breath smelled like he likely has diabetes – information that could not be learned over the phone.