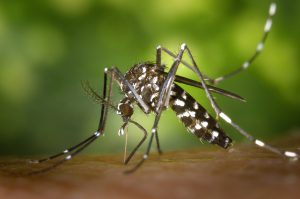 FL DOH continues to investigate active Zika virus transmission in South Florida. Investigation has revealed a new area of active transmission in a 1.5-square-mile section of Miami Beach. In addition, FL DOH has identified multiple other individual instances of mosquito-borne Zika virus infection and an increase in travel-related cases.

Because the incubation period for Zika infection is up to two weeks, a high proportion of infected people have no symptoms, and the diagnosis and investigation of cases takes several weeks, coupled with these individual instances of mosquito-borne Zika virus infection and increase in travel-related cases, it is possible that other neighborhoods in Miami-Dade County have active Zika virus transmission that is not yet apparent.

For the identified area of active transmission in Miami Beach, CDC advises that the recommendations outlined below be followed. Based on the earliest time of symptom onset and a maximal two-week incubation period for Zika virus, this guidance applies to pregnant women, women of reproductive age, and their partners who live in or traveled to Miami Beach after July 14, 2016.

For all other areas of Miami-Dade County, while further investigations are underway, CDC advises strict adherence to precautions to prevent mosquito bites. Consistent with the August 3 recommendation of the Florida Governor, pregnant women in these areas should be assessed for potential exposure to Zika virus and, when indicated, obtain laboratory testing. Pregnant women and partners of pregnant women who are concerned about potential Zika virus exposure may also consider postponing nonessential travel to all parts of Miami-Dade County.

This is an ongoing investigation, and FL DOH and CDC are working together to rapidly learn more about the extent of active Zika virus transmission in Miami-Dade County. CDC will update these recommendations as more information becomes available.

The Washington Post (8/19, Dennis) reported that Florida Gov. Rick Scott (R) “confirmed Friday that the Zika virus is being spread locally by mosquitoes in Miami Beach, a development that marks an expansion of the outbreak in South Florida and immediately prompted a new travel advisory by federal officials.” The new travel advisory covers about 1.5 square miles “that encompasses the vibrant, densely packed South Beach tourist district,” including the Miami Beach Convention Center. Officials have confirmed an additional five people infected with Zika in this area. Centers for Disease Control and Prevention director Tom Frieden, MD, said he believes Miami Beach “will be a challenging area” because “the amount of exposed skin” will make “it harder to prevent infections there.”

USA Today (8/19, Szabo, Freeman) reports that Dr. Frieden also acknowledged that there are “undoubtedly more infections that we’re not aware of right now.”

The New York Times (8/19, A1, Alvarez, Belluck, Subscription Publication) reported that a CDC spokesperson said “it is possible that other neighborhoods in Miami-Dade County have active Zika transmission that is not yet apparent.”

Pregnant Floridians increasingly afraid of Zika In a front-page article, the New York Times (8/19, A1, Rabin, Subscription Publication) highlighted how expectant mothers in Florida “are choosing confinement indoors to avoid mosquitoes” while others “are considering temporary moves, leaving their homes, families and doctors to stay with relatives or friends far away from a Zika zone until they give birth.”