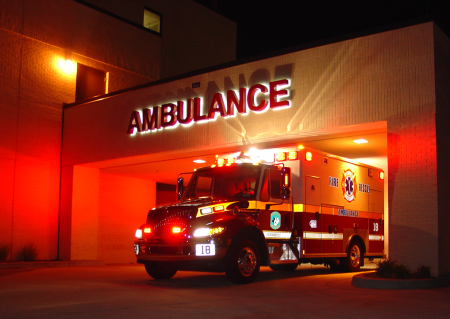 Journal of the American College of Surgeons study authors report that, after implementation of the publicly funded state trauma system, preventable mortality rate decreased by 48 percent

CHICAGO (March 8, 2017): Implementation of a statewide trauma system in Arkansas cut the rate of preventable deaths due to injuries nearly in half over five years and saved 79 lives over a 12-month period, authors of a new study estimate. The study appears online as an “article in press” on the Journal of the American College of Surgeons website in advance of print publication.

From their analysis of the economic impact of lives saved, the study investigators concluded that the Arkansas Trauma System annually saved $186 million, giving state taxpayers a roughly ninefold return on investment (ROI) from the $20 million per year in public funding the system has received.

“The evidence is clear that a statewide trauma system helps trauma patients by reducing complications and deaths, but now we also know there is an economic value to the citizens in having a statewide trauma system,” said principal investigator Charles Mabry, MD, FACS, an associate professor of surgery at the University of Arkansas for Medical Sciences, Little Rock.

Dr. Mabry said he believes this study is the first one to evaluate a state trauma system’s ROI to taxpayers. He noted that the trauma systems in most states are regional rather than statewide, typically making it difficult to track a system’s statewide impact.

Before Arkansas launched its trauma system in 2010, it was one of the few states without an organized trauma system and the only one without state-designated trauma centers according to the Arkansas Department of Health.*

When this study began in 2015, the trauma system had the participation of most hospitals in the state, with 58 designated trauma centers, Dr. Mabry reported. It also gained a trauma communications center, including a web-based dashboard that lists trauma centers’ services and up-to-date capacity, which he said enables emergency medical services (EMS) to transport patients to the nearest appropriate and available trauma center.

To determine the benefits of the new trauma system, the investigators first performed a preventable mortality, or death, analysis for two periods: the year before implementation of the system, 2009, and a one-year period after the system was in place, April 2013 to March 2014. Using EMS (prehospital), hospital, and autopsy records for both periods, they found that approximately 2,500 people died of trauma each year. They then selected a sample of 290 people representative of those who died of trauma in 2009 and a similar representative 382 in 2013-2014.

An innovation that helped the researchers track trauma patients’ records after system implementation, according to Dr. Mabry, was the use of a “trauma band,” a wristband with a unique patient number that identified a patient as part of the trauma system. The wristband stayed with the patient throughout the trauma system, from the first ambulance until discharge from the last trauma center.

A panel of trauma experts reviewed the selected cases to decide which deaths were not preventable and which were preventable, defined in the article as “those incidents in which suboptimal care directly or indirectly contributed to death.” The preventable death rate included deaths deemed “frankly” (definitely) preventable plus those considered potentially preventable.

The investigators then calculated the value of a life using a standard estimate of $100,000 per life-year, with an average lifetime expectancy of 81.5 years, for a lifetime value of $2.36 million per person saved. Dr. Mabry said this value was on the low end of reported ranges and thus “a conservative estimate.”

They were able to demonstrate substantial cost savings—$186 million annually—from the system to society, Dr. Mabry said, because people who sustain trauma typically are young and still wage earners. The estimated value of a life considers not only that person’s lost earning potential but other costs to society of a life lost, such as the financial impact on members of a family that may need social services after the death of a breadwinner.

Although Dr. Mabry and his colleagues found substantial benefits from implementation of a statewide trauma system, he said there are still opportunities for improvement. For instance, he said Arkansas Trauma System leaders are trying to further reduce their state’s preventable mortality rate to be closer to the 4 percent rate nationally that experienced trauma systems report through increased trauma education and guidelines.

Still, one trauma expert who was independent of the study said the state has come a long way. Ronald M. Stewart, MD, FACS, Chair of the American College of Surgeons Committee on Trauma and professor and chair of the Department of Surgery at UT Health San Antonio, said, “Arkansas went from having no trauma system to a robust and improving trauma system in five years.”

Dr. Stewart noted the importance of the study’s findings, saying, “The novel finding of this research is that the surgeons in Arkansas demonstrated not only a reduction in preventable deaths following implementation of their trauma system, but also a financial benefit to the taxpayers of Arkansas.”

“FACS” designates that a surgeon is a Fellow of the American College of Surgeons.

This study was presented in December 2016 at the Southern Surgical Association Annual Meeting in West Palm Beach, Fla.

Citation: Does Institution of a State-Wide Trauma System Reduce Preventable Mortality and Yield a Positive Return on Investment for Tax-payers? Journal of the American College of Surgeons. DOI: http://dx.doi.org/10.1016/j.jamcollsurg.2016.12.042.

About the American College of Surgeons

The American College of Surgeons is a scientific and educational organization of surgeons that was founded in 1913 to raise the standards of surgical practice and improve the quality of care for all surgical patients. The College is dedicated to the ethical and competent practice of surgery. Its achievements have significantly influenced the course of scientific surgery in America and have established it as an important advocate for all surgical patients. The College has more than 80,000 members and is the largest organization of surgeons in the world. For more information, visit www.facs.org.